Of the organ’s 113 individual stops, 85 will be in the rear gallery, the greater part organized as Great, Swell, Choir, Solo and Pedal departments behind Richard Upjohn’s 1846 gallery case-front. Joining these is a 10-stop Rückpositiv at the gallery rail, itself being restored to the 1846 configuration, reversing minor changes from 1970. In the chancel, 24 stops will be placed in the existing chamber, as Great, Swell and a doubly-enclosed Solo, with a speaking facade. The opposite case, built in 1901 for visual symmetry and not intended to contain musical material, will now house a four-stop Positive with an 8ft Principal en façade.

The gallery case is receiving conservation and minor embellishments to the upper flats. The mechanical-action console will be placed at the base of the case, following its 1846, 1885 and 1901 predecessors. The chancel cases have been modestly reconfigured to contain more sound within the acoustical envelope of the room. A compact mobile console will allow leadership from the chancel and front section of the nave. Both consoles will control the entire instrument.

Dr. Julian Wachner, Trinity’s Director of Music and Arts, and Avi Stein, Associate Organist and Chorusmaster, have worked closely with Manuel Rosales and Stefan Stürzer of Glatter-Götz in developing the organ’s tonal design. Since 2015, Jonathan Ambrosino has been active as an adviser to all phases of the project; acoustics consultant Dana Kirkegaard has been elementally involved in fabric renovation, engineering, and climate control issues to promote the organ’s environment and tuning.

The chancel organ will be playable in late 2021. Completion of the entire instrument is projected for late 2023. The Glatter-Götz/Rosales instrument is part of a campus-wide pipe organ initiative at Trinity Church, including the Noack organ (Op. 161) installed in 2017 at St. Paul’s Chapel, and the forthcoming Richards, Fowkes & Co. (Op. 26), to be installed in the Chapel of All Saints in 2022. 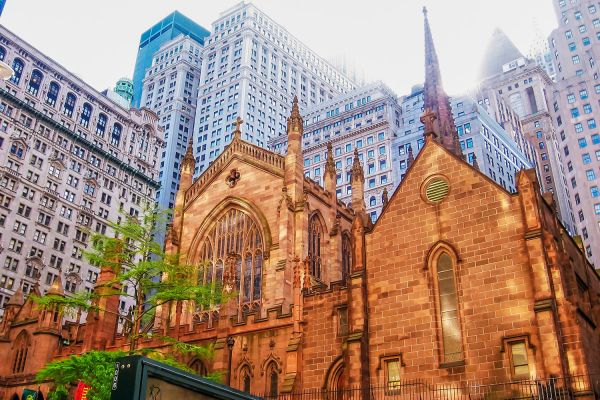